This week, RCR had brunch at El Chupacabra, a self-described Mexican cantina with punk-rock roots. We went to the West Seattle location after one of our favorite routes: Discovery to Alki. 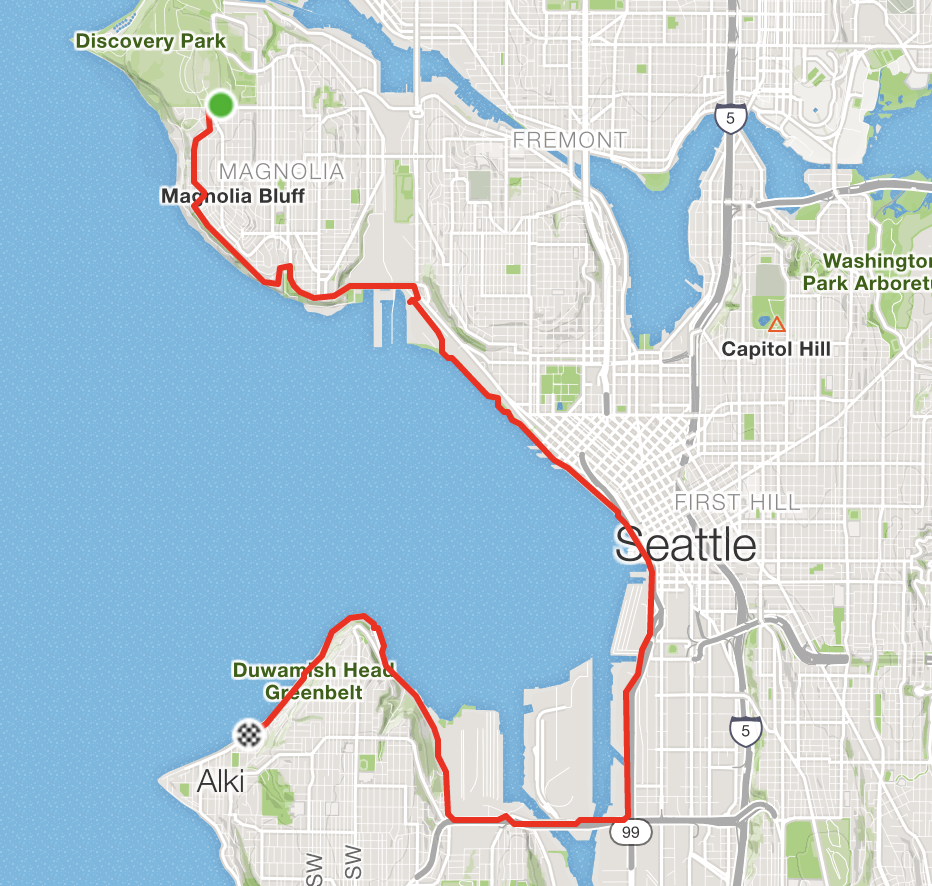 The weather was glorious, and the views of the mountains were spectacular. The route starts in Discovery Park, drops into downtown Seattle, and traverses the industrial and shipping districts before finally crossing over into West Seattle and finishing in Alki Beach. As amazing as the run was, however, after 13.5mi we were all ready for food and drinks. 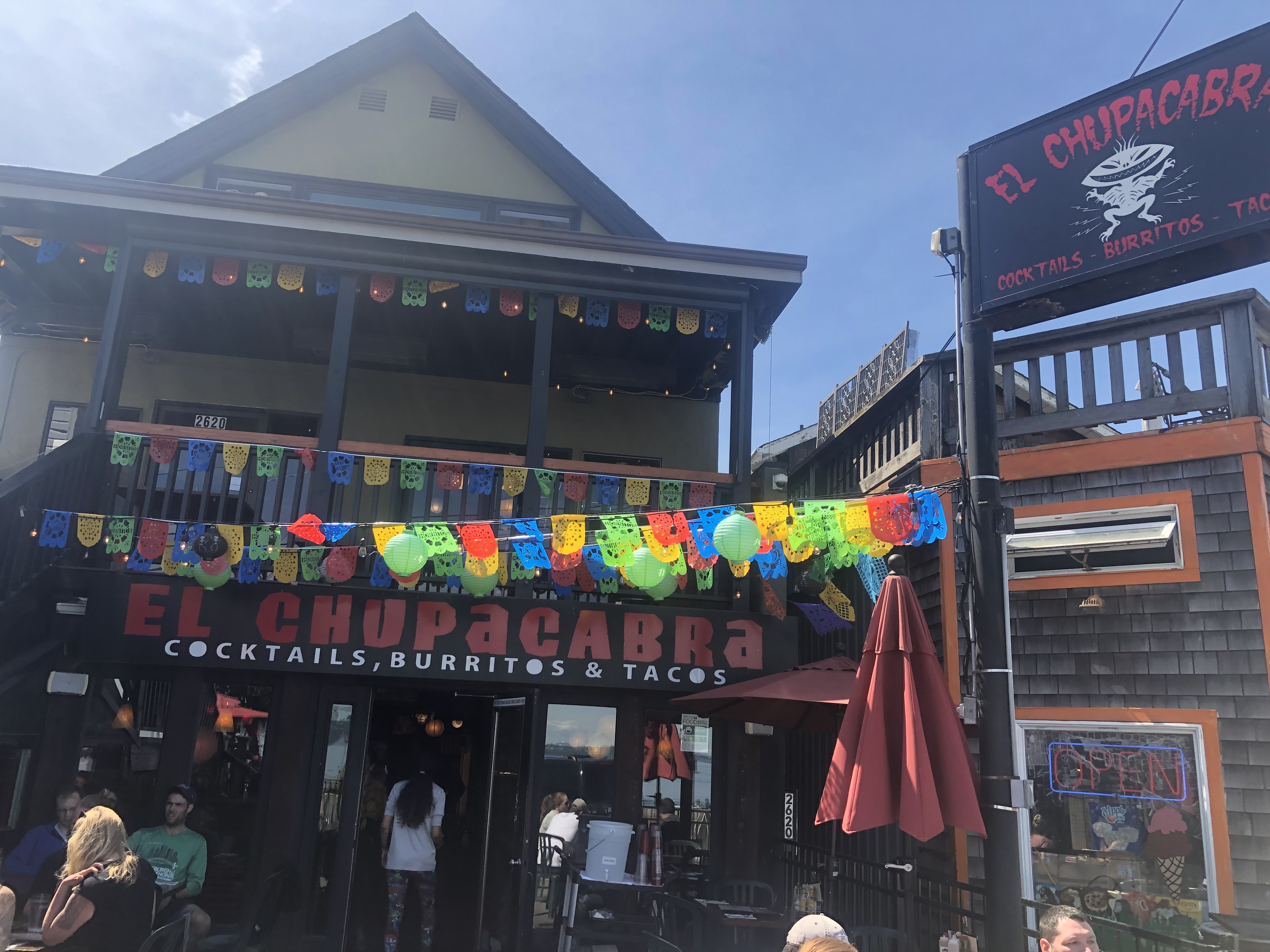 Every time we run this route, we brunch at El Chupacabra, a Mexican restaurant which has so well embraced its dive bar aesthetic that it’s hard to tell it’s only been open since 2011. The lighting inside is dark and the atmosphere chill, but since the weather was so nice we opted to sit outside and soak in the beach vibes.

An RCR favorite feature of El Chupacabra is their $18 pitcher of mimosa. Better deals are not found in Seattle. We ended up ordering two.

By far the most common order at our table was the breakfast burrito. Both wet and dry, the burritos here are quite good — good enough to satisfy both a Texan and erstwhile San Diegan. 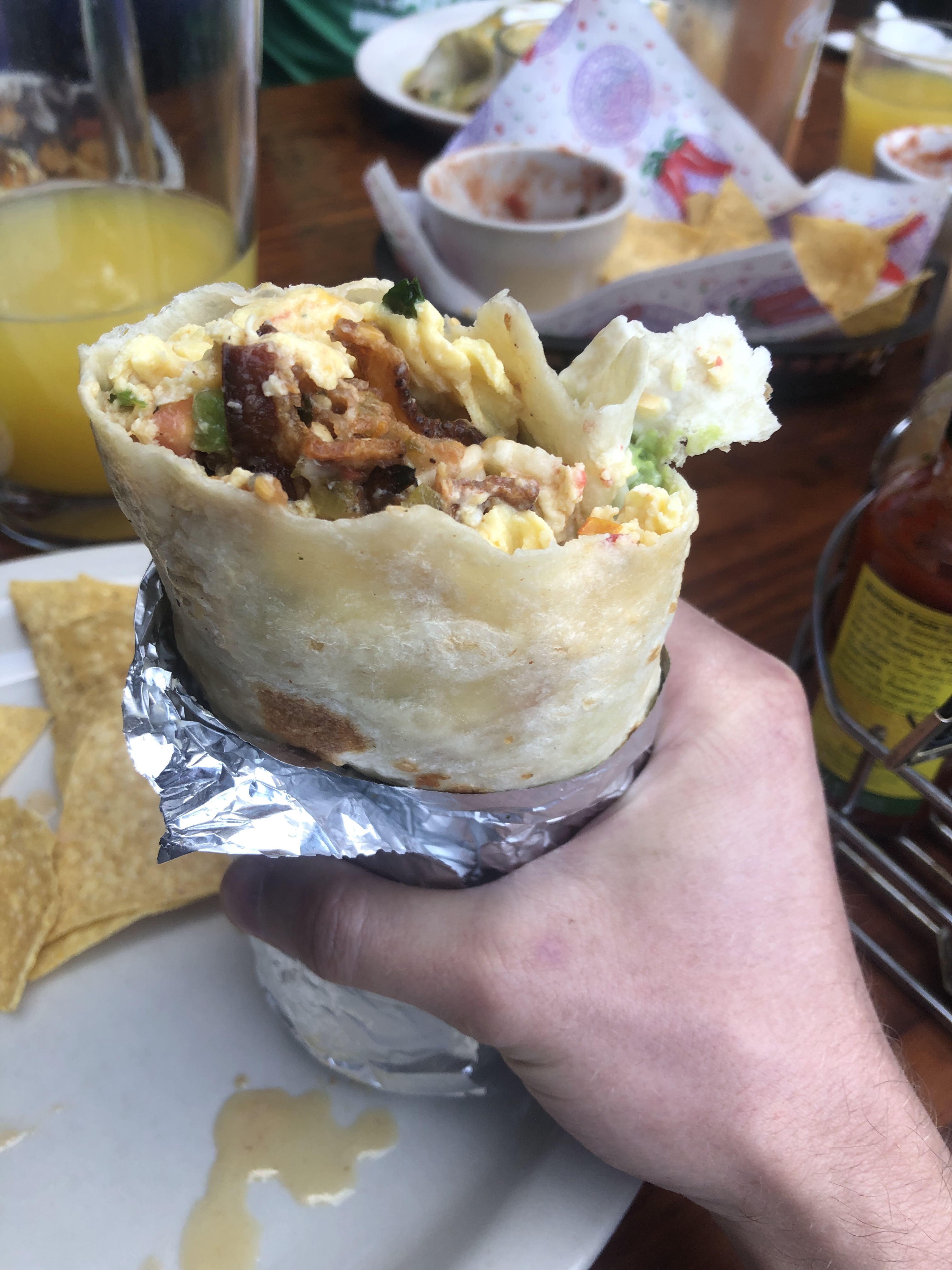 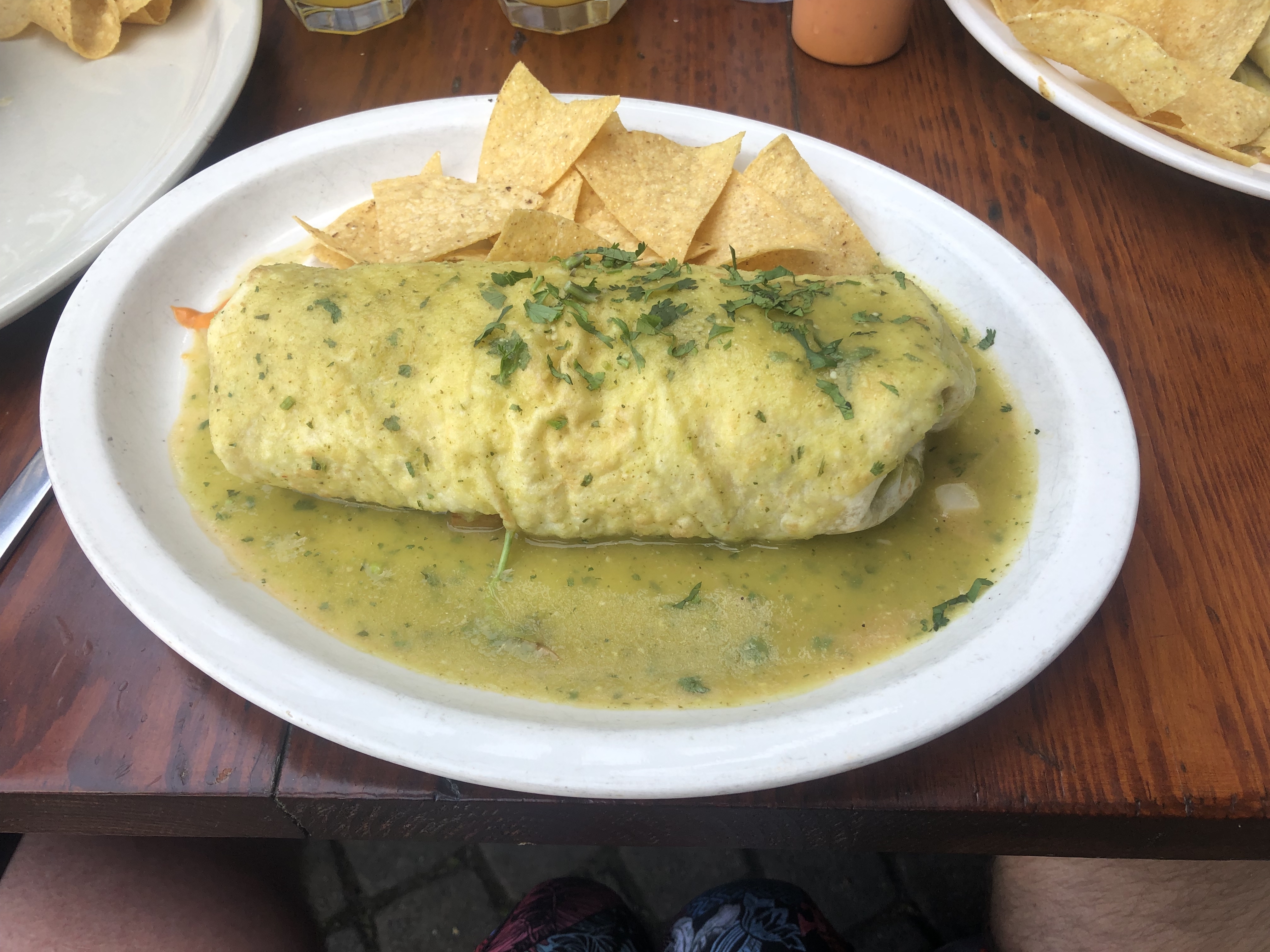 All in all, El Chupacabra is a great place for a low-key brunch. It has the RCR stamp of approval.

We rate all restaurants with a finely-tuned scale across a variety of dimensions, including food, wait time, and how okay they are with seating a bunch of people who just ran a half marathon.

Food: 4 burritos out of 5
Mimosas: 5 fizzy glasses out of 5
Wait time: None
Chill Factor: 5 sweaty runners out of 5

Also, bean dip is inferior to guacamole, and don’t let anyone tell you otherwise.