To run in Seattle is to become that which most runners and lovers of the English language despise — moist. After all, Seattle rain does not come in downpours, but rather a level of precipitation somewhere between a mist and a light drizzle, not quite enough to cancel the run or move it inside to the dreaded treadmill.

A Play, in Three Acts

The Seattle runner sets off, assured by his weather app that it will not, in fact, rain until later in the day. For a time, this prognostication holds true. The runner deftly avoids puddles, diverting around them and hurdling over them as the situation demands. The overcast weather is almost perfect, save the excessive humidity. The runner temporarily forgets the trials and tribulations winter running can bring and looks forward to another nine miles of excellent conditions.

Mental fatigue starts to set in, and the runner loses focus and promptly steps in a puddle. Shoes and socks completely soaked, his mood instantly changes from contentment to dread. He contemplates turning around rather than running the next 7 miles in wet shoes. Just as the runner decides to stay the course and tough it out, it begins to rain. The runner runs through the rain, rather than being rained upon and is thoroughly dampened. Over the next couple of miles, he questions all life decisions that lead him to this point. The runner contemplates switching to Crossfit™.

Acceptance. The runner has become the rain and the rain has become him. He no longer squints his eyes or notices the squishing of every footfall. He long ago forgot what dryness feels like. Puddles are inconsequential; the runner carves a straight path along his route, his stride even and unchanging. His world is gray and speckled with water droplets and has been for as long he can remember.

Until at last… it’s over. He reaches his destination and stops his run tracker. The runner seeks out food and a hot shower, in some order or another, grateful for the end of the run and already attempting to forget it so that next time it “doesn’t look like it’s going to rain on a Sunday morning,” he can venture out once more.

If RCR has a spiritual home, there’s a strong case to be made that it’s Stone Way Cafe. And this bar/coffeeshop/eatery in the heart of Fremont is the perfect place to end up after a rainy Sunday run. The line might be intimidating, but service is relatively quick. Brunching at Stone Way is always a good decision. 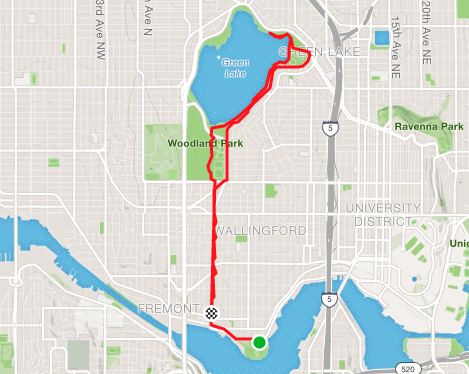 A group favorite is always their breakfast burritos. They’re closer in size to two meals than one, but after a long run they’re perfect. They pair perfectly with Valentina hot sauce. The sliced and toasted corn muffin is not to be missed. 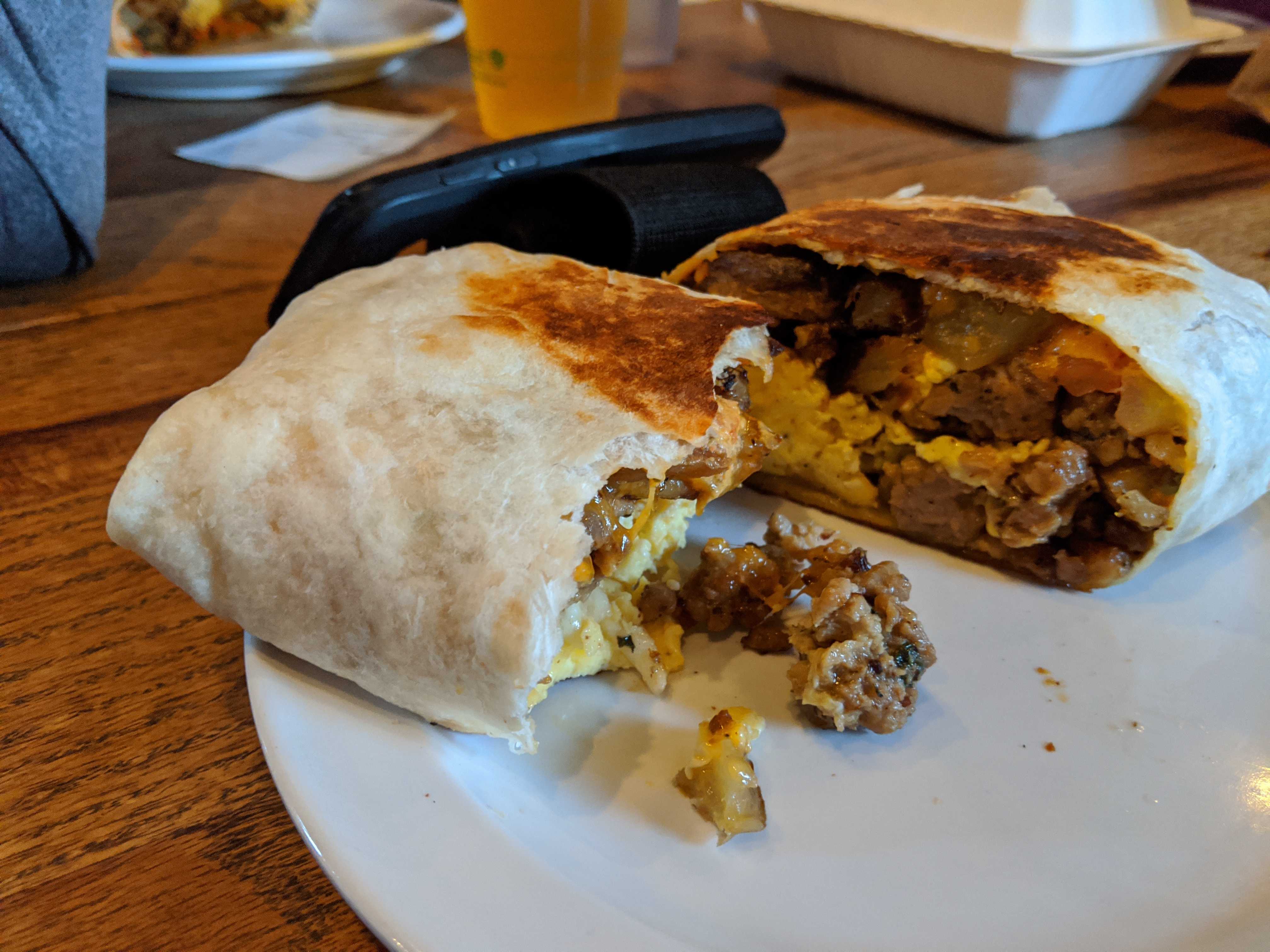 They also have excellent desserts; this reviewer stole bites of some kind of pie and a bread pudding, and both were delicious.

There are no hip-hop onions nor rap-scallions in this establishment. It has a decidedly indie vibe, hosting local musicians many evenings. According to local news, Stone Way will be closed at some point to allow for high-density housing and shops to be built in its place — leading us to conclude that maybe gentrification isn’t so great. Don’t miss your chance to brunch here while you still can.